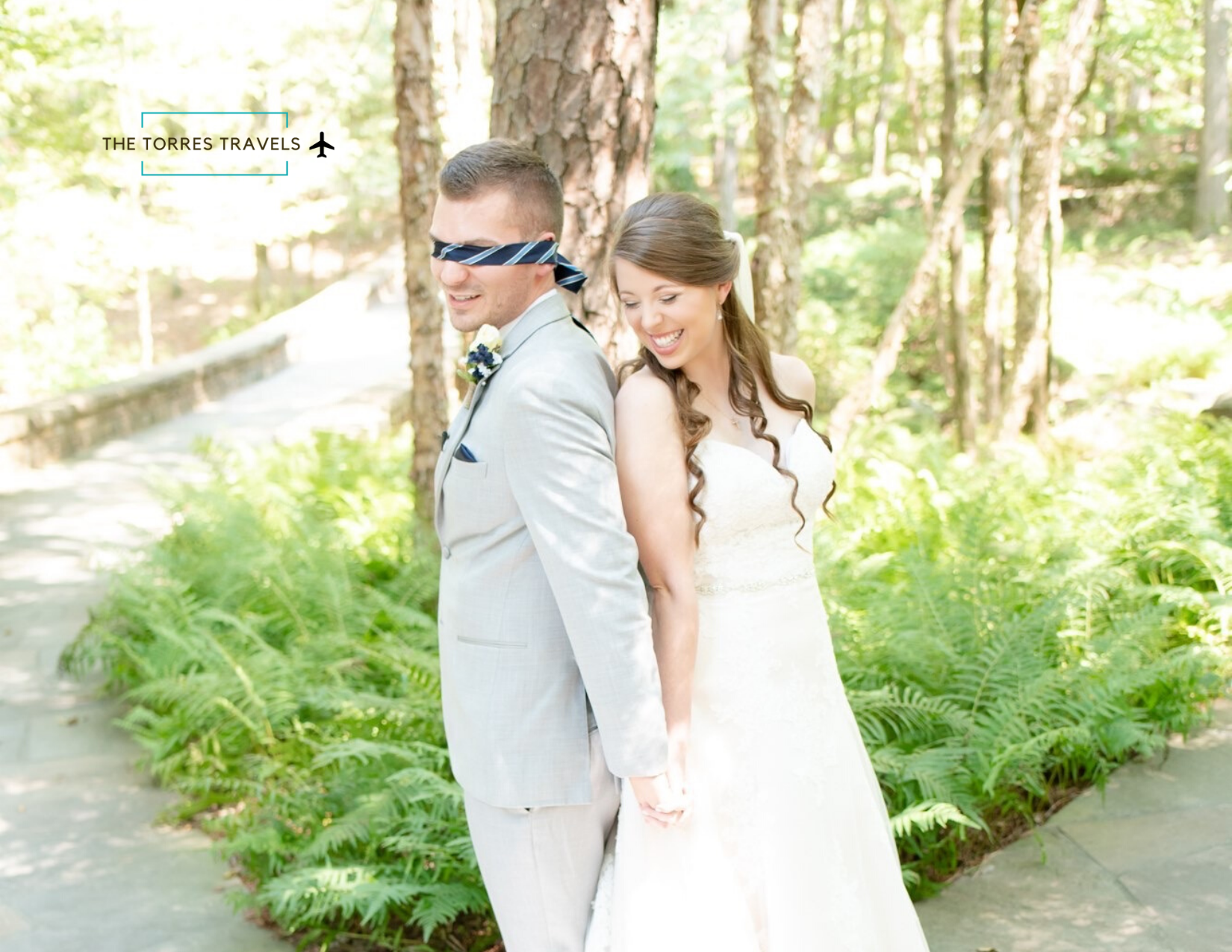 The beginnings of a honeymoon: How Rachel and I met!

Our honeymoon is a story for the books. We visited some amazing countries – Japan, China, Vietnam, and Taiwan. It was the best honeymoon we could have asked for until we were quarantined, but we have made the most of it. You can read about our quarantine here.

Before we go into our honeymoon, here’s how we met.

Rachel and I met in the summer of 2017. I was in nursing school at Brookhaven College, and she had just finished her psychology degree at Texas A&M University. She was accepted into Texas Women’s University to their Occupational Therapy program, and was working at a place named Ability Connection. This is an organization that cares for adults with intellectual and developmental disabilities.

I happened to volunteer there during the same three months that she worked there, and ran into her two times. I remember when we first met – I walked into the room where people were being fed. I saw Rachel, introduced myself, and asked if there was anything I could do to help – she immediately put me on dish duty. Is this what marriage would be like?

I ran into her again the following week on a Tuesday. The group was headed to the Dallas World Aquarium for a day out, and we cared for the clients together. In return – a free day at the aquarium! Win! After a long day we became Facebook friends, but didn’t connect until a year later.

On October 22nd, 2018 I messaged her a happy birthday. Next thing you know, we had our first date to a burger place called Rodeo Goat. I had a piano lesson that ran late for an hour – I was so incredibly worried that I would miss out on this date that I had looked forward to. She had been late at school, and actually arrived two hours later than I did.

I arrived to the restaurant and secured a table. It got a little cold inside – I was completing my Bachelor’s of Science in Nursing at Texas Tech University at the time, so I just worked on my laptop in the car. Sure enough, there she was standing outside my car. I put my laptop back into my bag and gave her the most awkward “bag hug” you could imagine. Multiply that by 10x. Now cringe. Great start, Tyler!

We hit it off immediately. I’m not sure what did it – the egg yolk dripping down my chin from my burger, or the fact that we were both incredibly late. Either way, date two came around soon enough just a few days later. We went over to the Parks Mall in Arlington, Texas to go to Round One to bowl, play skeeball, go to Cheesecake Factory, and play pool. We dove into a lot of deep life conversations over the course of the night, and at the end of the night knew that this would be something special. We ended it with walking to her car, a kiss on the cheek, and saying “I kind of have a crush on you” to make sure that we were on the same page.

Funny enough, we were SO not on the same page originally. When I arrived to the date, I had my bowling bag with me. Immediately, she thought, “man, this guy really loves his bowling – I should just give up now! I’m awful at bowling!” And she was! She’s also the “best pool player around.” She was convinced that there was no way that this would be a thing.

I, on the other hand thought that the date was going great! On to the next date!

Our third date was to ICE! The Gaylord Texan on November 13th, 2018. It was a little unplanned – she finished at school early, and I was already halfway to where she lived. I offered to come meet her mom, as well as to pick her up. After meeting her mom, off we went! When we arrived I just had to show her what she was getting into. “Hey Rachel, I can go up three stairs at once. Look, watch!” – yours truly. I’ve never seen a facepalm quite that hard.

By the end of the night, I dropped her back off at her parents house and asked her to go steady. By Christmas Eve we were talking what marriage looked like. We both knew at that point that we would eventually get married, but didn’t think it would be soon, as she wanted to finish her six months of fieldwork for OT school.

Funny joke, huh? I proposed to her on March 14th, 2019. This was before either one of her fieldworks. We took a road trip over spring break to Hot Springs, AR and Branson, MO. We took a side trip to St. Louis, MO to visit one of my best friends.

I proposed to her with the assistance of her sister Hannah, and our hellion of a dog, Remy. Hannah is quite an awesome photographer.. as a matter of fact, I don’t think that she’s bad at anything. I had been coordinating with Hannah for weeks – she was to drive from College Station, TX to Hot Springs when we left Branson to head for Hot Springs. Rachel was really wanting time with Hannah because of the way that our schedules worked. She hadn’t been able to see her for awhile. She was going to hide and get a picture of Rachel’s reaction when I proposed, then stay for a few days to spend time with Rachel. I asked by having a picture book of all of our experiences up till now, and on the last page was going to ask her to marry me.

We had boarded Remy for a night when visiting St. Louis, and picked him up the morning of our departure from Branson. We were a little behind on that. Rachel is not one to run behind. I remember asking if she had time to iron my pants that morning – I’ve never seen her talk through her teeth like that in my life. That being said, somehow she still ironed my khakis while I showered, and off I went to get the dog.

After picking up our little muffin, he decided that it would be an excellent day to throw up ALL over her poor, poor Honda CRV dubbed “Phoebe,” as well as my unfortunate newly ironed pants. This was a fun one to clean last minute! Remy doesn’t really like cars much. He’s known to be a projectile shooter.

Meanwhile, Hannah had arrived at the cabin already and we were hours away! I decided it was a good idea to come up with a cover name for her in my phone so Rachel wouldn’t know about the surprise. I thought I was so clever to name her Gary! There’s just one thing.. HER DADS NAME IS GARY. She totally knew something was up. Smooth.

Anyway, finally we arrive to the cabin. Now, you should know.. Remy LOVES Hannah. We get out of the car, he instantly is hot on her trail. He sniffs her out, Rachel follows him, sees Hannah, and instantly starts crying. I asked her to be my wife, and she said yes!

Here are the cabins on TripAdvisor with reviews!

We then took a lot of trips, but we’ll talk about these in different posts.

The next few months were difficult, as she was living in Nashville, TN. I worked three nights in a row as a RN in Dallas, TX from 7p-7a, then flew early the day I got off to Nashville. I would sleep on the plane for an hour, then Uber over to her apartment. We’d spend a few days together, and then I would fly back the night before I worked.

Now.. on to our adventure!