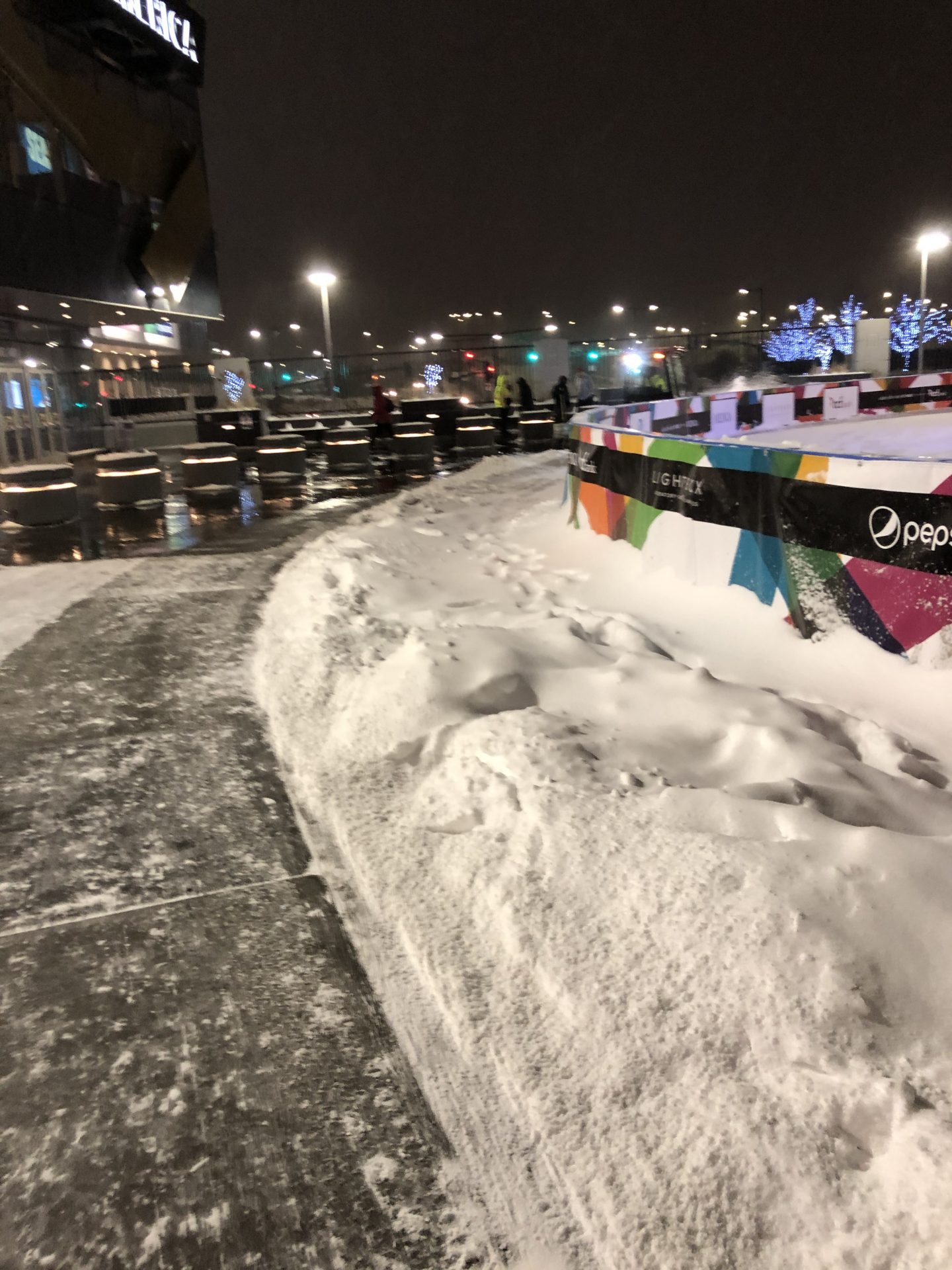 The night before we left.

The night before our honeymoon, we were absolutely stoked! The 21 day dream vacation we saved and waited for was finally upon us. We were to leave from DFW International Airport on January 17th at 7pm to go to Minneapolis-St. Paul International Airport. After this, we would have had a 12 hour overnight layover before heading to Tokyo.

There were only two things.. I was deathly ill with a terrible case of the flu, and there was a blizzard approaching Minnesota that could cancel our flights. After much discussion, we decided that it would be best for us to go ahead and leave first thing in the morning on the 17th. Rachel’s parents kindly offered to watch our hellion of a dog for the 21 days that we were to be gone, little did they know that it would actually be ~47 days due to our quarantine. Sorry, parents!

I also realized that we had no way to protect our luggage, and needed to pick up some medication before leaving. I went over to Target and got some flu medication, and also found TSA locks! These are really cook – they’re keyless, customizable, and able to be opened by the TSA in airport security. This means you can keep a lock on your suitcase to prevent theft. Here’s what we bought!

Our honeymoon is finally upon us!

We woke up around 4am on 1/17/2020, gathered our belongings, and looked around our apartment one last time before leaving. We both had never been away for that long on a vacation, and it was quite a weird feeling! As we said goodbye to our home, we went downstairs to take our uber ride for our flight – we arrived to the airport at 5am. We were relatively nervous, as the blizzard was quickly approaching our destination – possibly a delay? While looking like zombies, we managed to make it through security in less than ten minutes, leaving us nearly two hours to freely explore, sleep in the lobby, and grab a bite to eat. Rachel’s choice was Popeyes Louisiana Kitchen, and mine was a sausage egg and cheese McGriddle. Before we knew it, it was time to leave our home state.

Being sick, my ears were completely clogged for the flight. Because of this, I wasn’t able to equalize the pressure of my ears upon descent, causing some pain. When we landed, it sounded like I was underwater for the entire day. For once, it wasn’t “selective hearing disorder” as my wife calls it – I just couldn’t hear a thing!

We arrived to Minneapolis-St. Paul airport just before the storm – whew! We knew that it would be cold, but as a Texan.. we had no idea what we were getting into. The level of cold of a Minnesota winter can be described as “major shrinkage.” As my father in law says, “if you can see your breath.. yep! It’s cold!” Luckily, we packed heavy duty winter coats for our time in Japan. The cold wasn’t exactly our idea of an ideal honeymoon. Rachel tends to seek warmth at all costs.

We navigated through the airport to find our Hilton bus. After what seemed like six years in the cold, the bus pulled up. We were greeted by a nice man who carried our luggage and took us to the hotel. We were going to ask the hotel to hold our luggage, as check-in wasn’t until 3pm that day, but they allowed us to go ahead and check in.

What a nice hotel! It was a very cozy stay. TripAdvisor gave us a low rate.

The Mall of the Americas!

After warming up, we then looked at each other and thought, “well now what?” We decided to go to Mall of the Americas, as I’ve never been. After looking around, we discovered that there was a Wahlburgers! This has been a restaurant that I’ve been looking forward to finding for years – it’s made by the famous Mark Wahlbergs family. I had a double decker and some chowder. Talk about a good burger!

Shortly after arriving to the mall, the blizzard was well underway.

We continued to browse the hundreds upon hundreds of stores – anything you could imagine! We ran into quite a few childhood invoking stores, such as the LEGO store, and Crayola. The crayola store had thousands of different colors, but most importantly they had a coloring page generator as seen below.

The LEGO store had several large structures made purely of thousands of LEGOs, such as a transformer, a helicopter, and a dragon.

The instructions are simple: stand in front of a camera to have your picture taken, and out comes the picture! There’s just one thing.. The pictures are straight out of a horror film.

Did you say something? I can’t hear you!

By this point, other than a burger, we hadn’t bought a single thing all day. I was tired of not being able to hear, so we took to walgreens to see what we could do. I bought a variety of drugs to try to unclog my ears, but to no avail. Finally, I found Eustachi. This contraption blows air into your nose when you can’t equalize the pressure by yourself – I’ve never popped my ears white like that! What a relief it was to be able to hear. I made sure to keep this in our carry on for the flight tomorrow. I saw some earplanes while I was in Walgreens – I wish I would have bought them! I’ve been told that these are a godsend lately for ear congestion on a plane. They help regulate the pressure of your ears when ascending and descending. Check them out on Amazon!

We ended up spending a total of $100 for the entire day at the largest shopping mall in America – all at Walgreens.

Heading back to the hotel.

Finally, we decided it would be a good idea to get back to our hotel so we’re awake in the morning for our flight, and we’re glad we were able to make it! The bus came every 30 minutes, and we got the last bus of the night. We waited under a heat lamp with a family from Florida until the bus finally brought us back. It was very windy, and the blizzard was still underway – though not heavy at this point.

While we didn’t have much time, we think that a great way to spend a day in Minnesoda is at the Mall of America.

Tomorrow, we leave for Tokyo for our honeymoon!

If you enjoyed reading, don’t forget to subscribe at the bottom of the page!